I spent the week waiting for The Wiz Live! to air on NBC. With the 1978 Diana Ross version being a favorite of my family and most black families I know, it was a must see. I watched the production wide-eyed and giddy, enjoying pretty much every single moment.

Here is my overall assessment of the play. 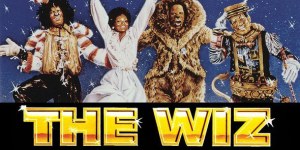 Shanice Williams was a wonderful Dorothy. Even though I did not know her before now, I look forward to seeing her in the future. She was great!

Elijah Kelley, the Scarecrow, was another unknown to me, but he was great! Wonderful voice and his acting was just as good! I waited to judge him after his performance of You Can’t Win, and I passed him with flying colors.

Ne-Yo… Let me start by saying, I am NOT a Ne-Yo fan! I AM NOT A NE-YO FAN! With that being said, he was by far the best part of the show! I really really enjoyed him! He sang, he danced, and he acted! He performed! Tin-Man was EXCELLENT!

Mary J. Blige showed me a side of her that I didn’t know existed with her portrayal of Evillene. She was so funny to me. Her acting was pretty good, and I am so thankful that she did not have to dance… Because Mary J. can’t dance… At all.

Queen Latifah’s acting as The Great and Powerful Wiz was subpar if you ask me. She seemed to be a little rigid; not Queen Latifah I know from the movies. The way her story was written for a female to hide under the guise of a male wizard was a decent twist as well.

Common the Bouncer was awful.

There is this one teeny tiny complaint that I have though. It was brought to my attention by a fan of The Wiz while discussing the Live! production. She simply stated that, “It wasn’t The Wiz,” and debate ensued. And I lost.

If I am not mistaken, Diana Ross played a twenty-four year old school teacher from Harlem, New York in The Wiz. Judy Garland played a disgruntled niece from a small rural midwestern town in The Wizard of Oz. It was the urban factor that made The Wiz what it was. It was a distinct theme used for the separation of white and black culture. In the Live! production, those urban themes were not there. There was no graffiti scene. There was no subway scene (which I was personally waiting for). All of the characters were discovered in places that stuck closer to the script of The Wizard of Oz, rather than the urban locations of The Wiz.

And I wonder if there was a compromise somewhere to fulfill The Wizard of Oz’s script instead of that of The Wiz’s. Should the differences have gone unnoticed because of an all black cast? Was it easier to produce without the urban imagery? And if so, can we still call it The Wiz without that urban imagery? Or maybe there is too much thought going into this, and I should be happy with an all black cast and our original music?

It was an excellent production though!